95,000 descendants of Mohammed to sue over "blasphemous" cartoons 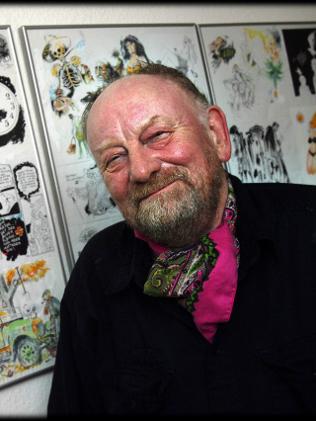 Artist Kurt Westergaard, whose life has been in danger ever since he drew a cartoon of a bearded, Mohammed-like man with a bomb in his turban / AFP Source: AFP

NEARLY 95,000 descendants of Mohammed are going to sue ten newspapers for publishing "blasphemous" cartoons of the Prophet.

Faisal Yamani, a Saudi lawyer acting for the descendants, claims that the cartoons - which first appeared in 2005 and caused violent protests by Muslims around the world - are libellous.

One of the 12 cartoons is of Mohammed wearing a bomb-shaped turban.

The Sunday Times said that although the cartoons were published by Danish newspapers, Mr Yamani plans to pursue his legal action in England, where libel laws are weighted towards the plaintiff.

English lawyers expect that he will agrue that the cartoons were published in Britain via the internet and are a direct slur on his clients, who live in the Middle East, north Africa and even Australia.

Mark Stephens, a British lawyer who Mr Yamani's missive to the newspapers, told The Sunday Times: “Direct descendants of the prophet have a particular place within Muslim society ... By effectively criticizing and making fun of the prophet you are, by implication, holding them up to scandal, contempt and public ridicule.

“The question is, is that defamatory in English law?

He said that although many judges would dismiss such a case, "it is obviously a very highly charged issue and if they do throw it out, it becomes political”.

Mr Yamani has already won an apology from the Danish newspaper Politiken for printing the cartoons.

The cartoons first appeared in Jyllands-Posten as part of its campaign to promote freedom of expression.

However, the paper's offices have been evacuated several times after security threats and the artist behind the bomb cartoon, Kurt Westergaard, was forced to go into hiding. In January this year a man was shot trying to get into his home.

( Such a peaceful religion is Islam, it's no wonder all the politicians support it,

Coming to a neighbourhood near you. )